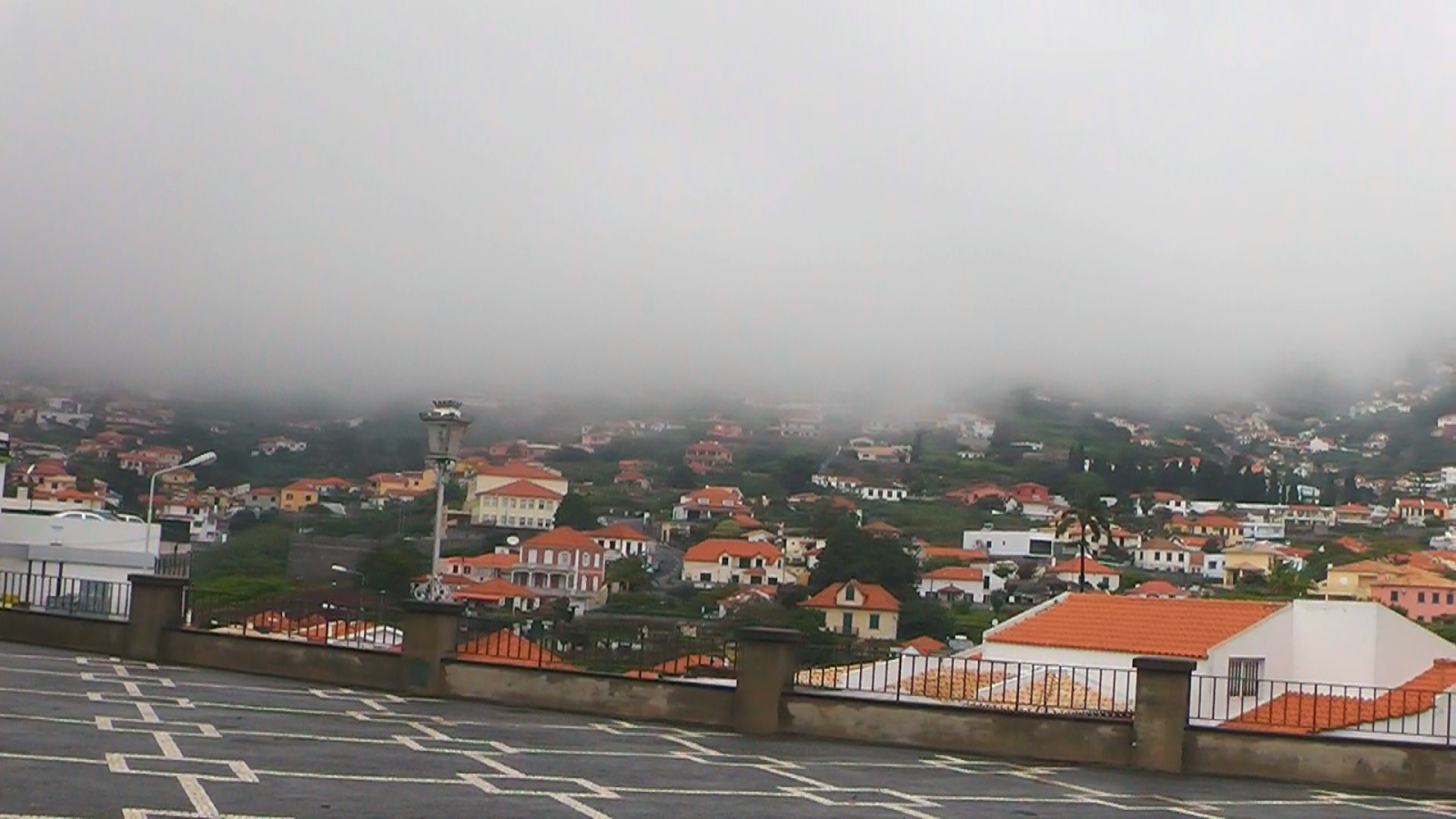 Here is the penultimate part of this video series and once again some pretty turbulent action awaits you. This is mainly caused by the turbulent weather conditions already mentioned in the title. Also the fact that I was in a certain "party mood" contributed to this not just a little. The video was uploaded to the AlionLive Youtube channel already yesterday. First responses give a reason to the assumption that this is probably one of the future top videos on the channel. In general, I would like to thank at this point for the comparatively rapid growth in both views, but also subscribers. This way everything is even more fun.

Let's go to Curral the Freiras
Still weakened by the long hike of the previous day and the beginning of the dengue infection, it was initially quite difficult for me to make a decision for a planning of the day. Another reason was that for this day actually a general strike for Portugal was announced. I took that seriously and was expecting that on this day hardly anything would go. But when I saw that this general strike  was not carried out in any way, I boarded in actually quite nice morning weather a bus towards Curral the Freiras. Once there, the weather changed very quickly from cold, gray and foggy into a full blown storm with pouring rain. Still I hiked in high spirits about 4 hours through the rain until the water (no exaggeration) rolled fist-sized pieces of rock down the street. Since I well remembered the pictures of the landslides in Curral das Freiras from 2010, I did my best to get quickly out of the danger zone. A bus that was waiting at the end of the road as if it was waiting just for me, brought me back to Funchal.

Escape back to Funchal and following the traces of the past
From the window of the bus I saw a place that seemed very familiar to me, namely, the Church of Santo Antonio. Since the remains of the morning's beautiful weather were still there, I decided to leave the bus and walk a bit in the footsteps of the hikes of 2011. Santo Antonio was in fact one of the places that played a big role also on Day 3 of the 2011 trip on video. So I got me a six pack of tasty "Coral Tonica" black beer and after a quite extensive speech, which was complicated by the coming storm, I decided to continue to follow the footsteps of 2011. Despite the previously mentioned storm and heavy rain showers, which were in no way inferior to those in Curral the Freiras, my path led me next to Sao Martinho. Sao Martinho in turn played a certain role in the video on Day 2 of the 2011 trip, because it was the place where I spoke for the first time in Madeira in front of the camera.

Fear & Loathing in Sao Martinho
The now apocalyptic weather and 4 of the 6 bottles "Coral Tonica" inspired me to a rather funky speech in front of the church of Sao Martinho and that's not all: I did my best to play the melody of  "Unrasiert und fern der Heimat" in an admirable dilettantish way on the flute (tin whistle). Subsequently, I talked about "dirty stuff" in front of the church door and went in slowly getting better weather on my way back to the hotel. Once there my "party plans" for the evening were (probably fortunately) nullified, because I learned that my shuttle bus to the airport would go very early the next morning. So I said goodbye in a quite short message and let the day end with two Poncha at the hotel bar.

Soundtrack
The soundtrack this time consists, appropriately as I think, of the latest creations for the still coming in 2014 album "Willma im Wunderland" by my music project "Willma Poppen" . The soundtrack in detail:

And here it finally is: A half an hour epic no real AlionLive fan should miss!