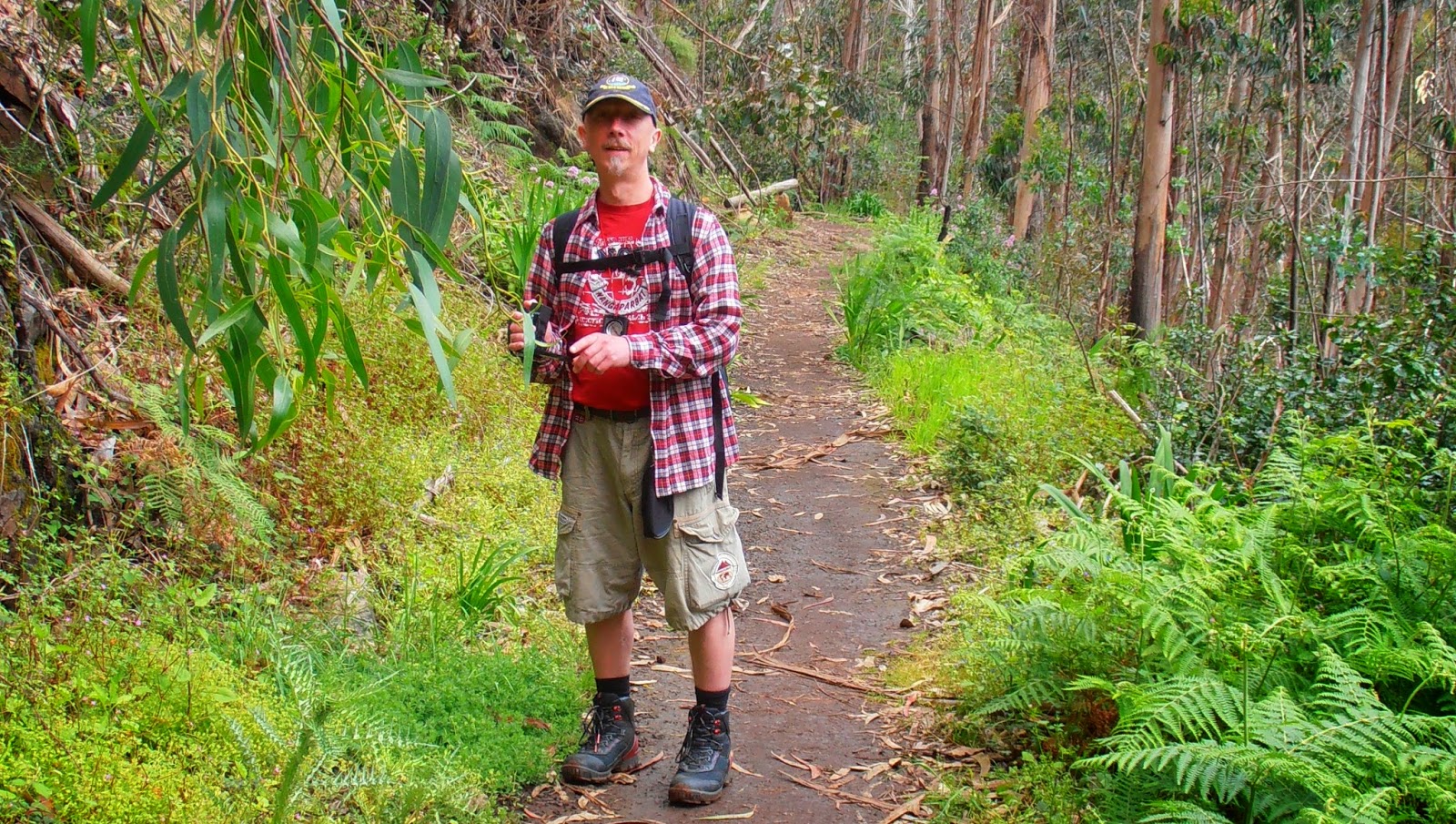 This video is probably one of the shortest of the series. The reason for this was that we went very late to Camacha and the Paradise Valley and somehow I also didn't film very much on that day. Our hike took us along the Levada dos Tornos, which we then left to head north towards the Parque Ecologico do Funchal. On our way, we had an extensive rest at the Abrigo do Pastor, I already visited on day 10 of my trip in 2012. However, I did not notice back then that the Abrigo do Pastor has an impressive restaurant with an unique ambience. After that it was rather late and we did our best to catch the last bus at the Parque Ecologico do Funchal. That did not work at all and so we hiked in complete darkness in the direction of Monte. We were lucky, because on the route a very nice person stopped his car and offered us to drive us to the nearest bus stop, from which a bus was still going. You see again: The people of Madeira are just fantastic. But the footage of this video shows only the part until shortly after our stay at the Abrigo do Pastor. This is due to the rapidly falling darkness and the fact that we were in a hurry to catch that bus.

This album is available on iTunes, Amazon, Emusic, Routenote and Spotify. This link takes you to a page, where you find all the links to the album in the shops. And now have fun with this pretty short video, which still offers some beautiful views. The next video will be much longer.
Eingestellt von alionsonny um 03:44