Fancy a one-hour bus ride in Madeira? Here you go! 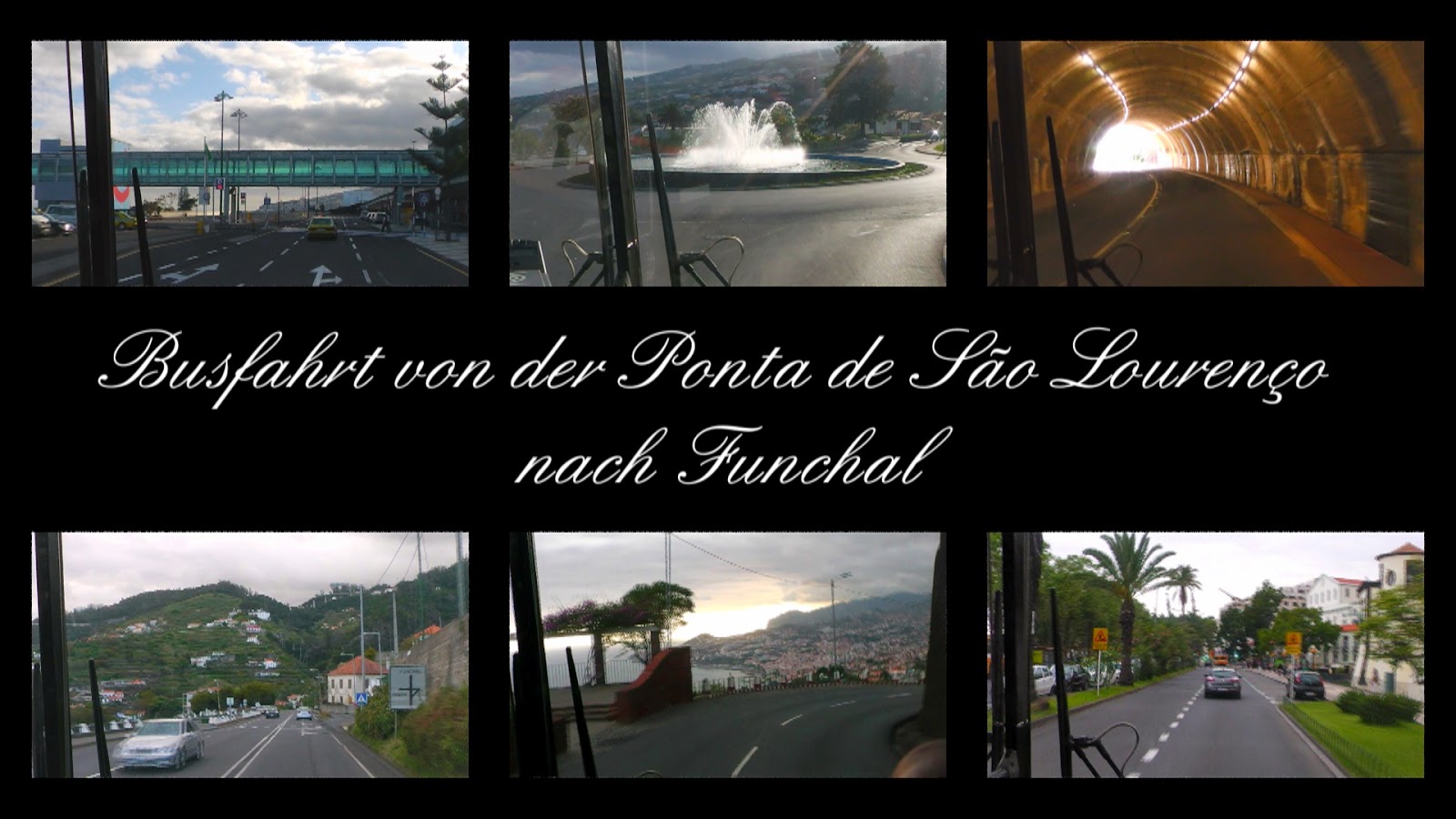 Well, what's left to say about the latest "Spring in Madeira" video, that was not already said? The plot is fairly simple: A one-hour bus ride from the Ponta de São Lourenço to Funchal. This time the route is a little different than on the ride in 2012, and we even drive right through the airport... NO, not through the building. That would be bad ;) The weather is also alot better this, time and so the Sun blinded plentyful sometimes. The somewhat breathtaking driving of the bus driver made me a few times almost falling off the seat. It is not very easy to sit stable, if you can't hold on to something with both hands, because you hold a camera. One time, a rude person placed himself between the window and the camera and had a long conversation with the bus driver. Therefore I had to cut a part of the ride. There are people, who have the empathy of a concrete post ;). Everything is accompanied by works of the alionsonny project from 2004 to 2014. Detailed links to free and purchasable albums can be found in the video description, or just visit alionsonny.com. Yes, and that's actually all about this video. In the next part we go hiking again in Ribeiro Frio to the Balcoes. This time without a rain apocalypse.

Oh yes, one more thing. If you do not already know it: New videos will be uploaded from now on only, if the previous video has gotten at least 50 views. This is a little experiment and also i do not want videos to "get left behind", just because I upload too fast. So don't be surprised, if there's nothing new for some time.

And now have fun riding the bus!