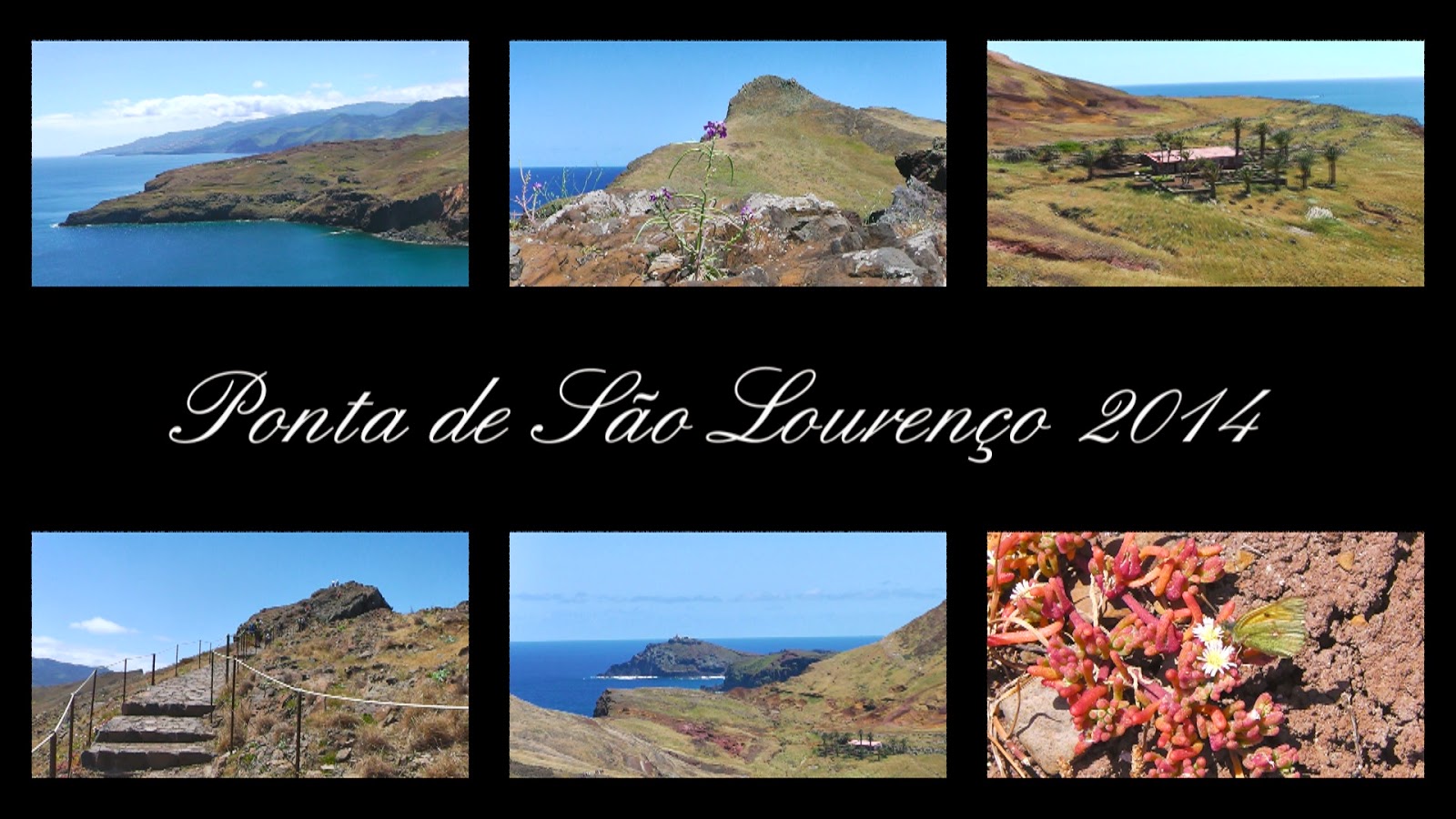 Also for day 8 I decided to split the video into two parts. The most obvious reason for this is that about half shows a hike on the Ponta de São Lourenço and the other half a bus ride. But more on that later. In addition, the whole in one block would have become a little too long.

The Plot
Late in the morning we went on a one-hour bus ride to the eastern tip of Madeira, the Ponta de São Lourenço. Once there, we decided to strengthen ourselves with a hearty meal of bread with cheese and sausage. The numerous crowd of local reptiles showed a clear interest in both, cheese and sausage. So seven minutes of the video footage shows a lizard show. Then we went, in perfect weather, on the spectacular hike to the Cais do Sardinha and back. Unlike my hike in the same area in 2012, I had this time my hiking boots (instead of sandals) with me, and the weather was, as I said, much better. I did not find this hike to be so challenging this time. People with latent fear of heights should maybe not watch this video ;). For all lovers of exceptional natural sites and beautiful views, this video is highly recommended.

In the next part you see the bus ride from the Ponta de São Lourenço back to Funchal. And if anyone complains about unnecessary bus ride videos: Just look at the views of these videos on Youtube ;)
Eingestellt von alionsonny um 14:59